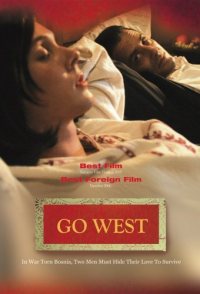 In the nineties the Yugoslavia Federation falls apart in bloody wars. Perpetual student Milan, a Serb from a patriarchal community and Kenan, a Muslim cellist, are a homosexual couple living in Sarajevo. Their lives, intimate and public, are shaken up by the aggression in Bosnia and Herzegovina, whose devastating consequences unfold in inter-ethnic hatred. Trapped in Sarajevo during the siege of the Serb forces, the lovers manage to flee to Milan's home village and there they take shelter, waiting for Milan's father, Ljubo, to find a way to the Netherlands. Witnessing the brutality of Serb forces and their hatred towards Muslims, Milan desperately improvises: he disguises Kenan as a woman and begins to present him as his wife, Milena, a secret discovered by Milan's best friend, Lunja. Milan is drafted into the army and the situation becomes almost unbearable for Kenan. His one companion, is Ranka, a waitress in a local café, a woman whose dark secrets terrify most of the villagers ...