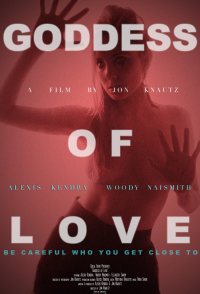 Venus is a gorgeous exotic dancer--who, like a true Goddess of Love--leaves men powerless before her, and their wallets empty. However, when Venus falls for a handsome Australian photographer with the power to have her craving for a fresh start, minute and insignificant changes in his attitude will gradually give way to indifference, exhaustion--and, ultimately--stagnation in their relationship. In the end--betrayed, vulnerable, and torn from the ever-growing hallucinations--Venus will turn to the only person loyal to her: her true inner self; an obscure imitation of an outer shell that demands to be loved. Who shall stand in the way of a goddess?