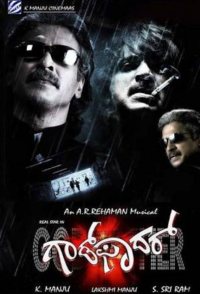 The film concerns a father's love for his son on one side and a son's possessiveness of his mother on the other. All four characters are connected in which three are Upendra and one is Catherine Tresa, the mother. Shiva is the rich 'God Father' who caters to his son's every need. However, he is confined to a wheelchair, but is well respected. The hiccup is to his son Vijay (Upendra) from Ajay (Upendra). One is growing up with the 'God Father' and the other one is being raised by a 'Mad Mother'. For what Shiva did to his mother, Ajay wants to take revenge on his father and hence begins troubling Vijay and makes everyone believe that Vijay might have a split personality disorder.