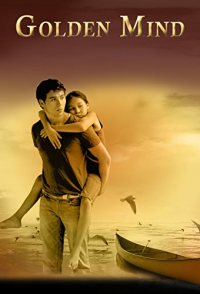 A Golden Mind is a story about two high school sweethearts. Seth, born into poverty, has a heart of gold. Belen was born wealthy and, after meeting Jesus, discovers a golden love for His people. Belen's friends and parents see Seth as a gold digger. Times are hard for Seth's family. When his little sister is six, his father leaves to look for work in another state. Not long after, he calls to say he has become involved with another woman and wants a divorce. The shock sends Seth's mother into a deep depression that ends in her death. Alone, and just finishing high school, Seth is left to raise his little sister. In addition to caring for her and attending college, he takes a job as a dishwasher in a local restaurant. His high school academic achievements earned him a full-ride college scholarship. He receives some government financial assistance to care for his little sister and, determined to rise above his circumstances, he invests in gold with every dollar he earns as a dishwasher....