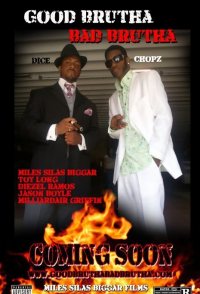 In the jungle of USA comes 2 Bruthas on 2 different paths with 2 different dreams The Lord will make a way, the street is the only way. Chopz rises to become a drug kingpin in the streets of Philly who only cares about one thing... $MONEY$ A racist detective by the name of Burns will do anything to bring him and the New Black Mafia down.. Chopz younger brutha Father Jones is a man of God who tries to do the right thing and walk a straight line.. Their bruthaly bond will be tested. Who will survive in the city they call Bruthaly Love?