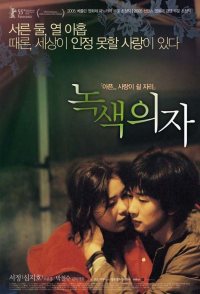 Kim Mun-hee is a 32 year old divorced woman. She eventually engages in an affair with 19 year old Seo-hyun, who considers Kim to be his first love. However, according to Korean law, when it comes to sex, you are not of full age until 20. Kim is arrested and has to spend a few days in prison for seduction of minors, before she is set free and sentenced to do some hours of community service. After being released, the press and Seo-hyun wait for her outside of the prison. Mun-hee and Seo-hyun rent a room and stay there for some time, where they spend almost all of their time having sex. Mun-hee slowly starts to understand that this kind of relationship won't work forever, and wants to split up with Seo-hyun. But the boy insists that he really loves her, and that he won't let her go. The two find shelter at the home of a friend of Mun-hee, Jane