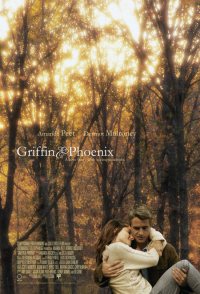 Griffin is divorced, living in a flat in Manhattan while his sons and ex live in the family home in Westchester. He gets bad news from his oncologist: cancerous lesions have spread through his chest, and he has only a year or so to live. He audits a psychology class on death and dying at a nearby college where he chats up a woman who turns out to be an assistant dean. She's Phoenix; she smiles but keeps her distance, warming to him slowly. He tells her nothing of his situation. At his apartment a few days later, she finds a stash of books on death, dying, and terminal illness: will she put two and two together, and what will she do about it?