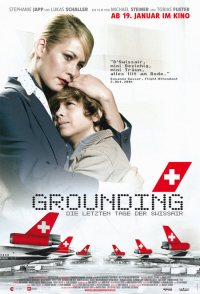 The demise of airline Swissair in 2001 was a huge blow to Switzerland's economy and to the country's morale. It was a sad day for Swiss history when the airline's fleet was grounded on 2 October 2001. "Grounding" is set during the last days of the doomed airline, and tells the story of manager Mario A. Corti's unhappy fate, the last, unlucky CEO at the traditional airline company, as well as of all those nameless people who lost almost everything in the maelstrom of Swissair's downfall: their job, home and their belief in Switzerland.