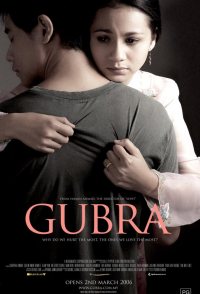 Seven years after Jason, Orked is now married to a much older guy, Arif. Everything seems ideal in their marriage at first glance. One fateful morning, Orked is awakened by a distressing phone call from Mak Inom with news that Pak Atan has become catatonic due to diabetic complications.After some chaos, they take Pak Atan to the hospital. There, Orked bumps into Alan, Jason's elder brother. The story then unfolds into a web of deceit and heartbreak.