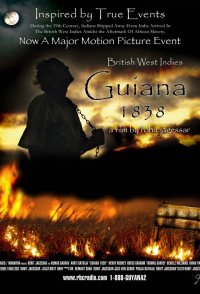 The abolition of slavery in the British Caribbean in 1834 prompts Gillanders, Arbuthnot & Company in Calcutta, a part of the East India Company, to recruit Coolies from India to fill the resulting labor void. The company hires Sinha, a fierce small-timer to sell dreams of El Dorado to the unsuspecting, impoverished Coolies who are signed to five-year contracts as indentured servants. Upon the Coolies' arrival in British Guiana in 1838, the British planters promptly enslave them to ensure that the growth of sugar in the British West Indies will continue uninterrupted. John Scoble of the British and Foreign Anti Slavery Society arrives on the colony a year later to discover a new form of slavery; this time on the backs of Indians.