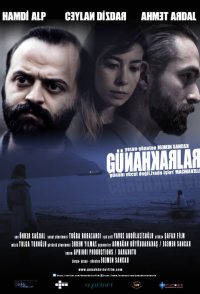 Ali Riza is a women's hairdresser in his thirties who has a one and a half year old marriage. One day, when he gets back from work in the evening, he finds out that his wife Meltem is not at home. He realizes that Meltem wrote a note and left him. Ali Riza tries to reach her many times but he fails. He goes into a depression, can't go to work anymore and he gets fired. He gets out of money and his debts increase. He sells his all furniture. He looks for a new job but he can't find one. In the meantime, things don't go well in Gül and Murat's house, the couple living next door to Ali Riza, also the owners of the flat Ali Riza lives in. Gül and Murat have terrible fights every evening. Murat is a man who makes his living by collecting the rents of his father's real property. And Gül is an unhappy woman who had to quit her university education after being forced to marry Murat. Murat constantly pressurizes Ali Riza to pay the rent, making his situation worse and leaving him totally ...