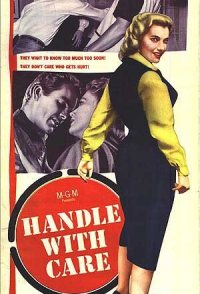 At a college located in the small town of Haverton, law Professor Roger Bowden's third year Evidence class is about ready to hold its annual final project, a mock grand jury investigation. As usual, they will be investigating the workings of an imaginary town, one that generally has some built-in salacious or exotically criminal element. And as usual, Bowden appoints the class' leading student as the District Attorney, this year being Zachary Davis. And as usual, the DA can appoint his assistant DA, who Zach chooses being his girlfriend, Mary Judson, and his investigative team. But Zach, who may be the brightest law student Bowden's ever taught among an already special class, wants to do things a bit differently. Rather than make believe, he wants to investigate the goings-on in Haverton. This suggestion sits a bit uneasy with most of his classmates including Mary, who were born and raised in Haverton, and whose parents have held positions of authority in town. Conversely, Zach is an ...