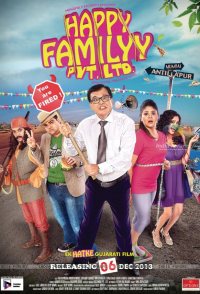 What would life be like without the concept of money?. The very rich and very busy Mehta family of Mumbai, gets into exactly this situation. When Mr. Uttam Mehta is almost shot at gunpoint, they all fear their lives are in danger and are advised to go hide off in a far away location - called Antillapur. There seems to be something very strange about this village and the Mehtas are in for a big surprise when they find out - it functions off a BARTER SYSTEM.