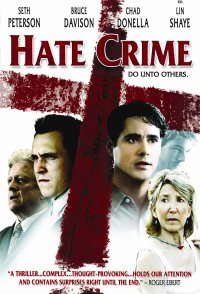 Robbie Levinson and Trey McCoy suddenly encounter intolerance and hostility at the hands of their new neighbor, Chris Boyd, the son of a fundamentalist preacher. One evening, Trey sets out on his nightly walk with their dog and never returns. Immediately, fingers are pointed and Chris and Robbie become the prime suspects. With no support from the authorities, Robbie receives help from some unlikely sources to execute a desperate and dangerous plan that uncovers secrets that will turn many lives upside-down and ultimately bring the perpetrator to justice, regardless of the consequences.