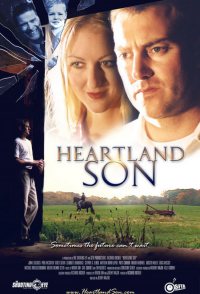 No matter how many years roll by, the ghosts of the past are never far behind. For Charlie "Champ" Hannen, a great moment of truth is forcing him to re-evaluate his life and decide the course of his destiny. Ten years ago, Champ was the football star in his small Iowa town, with the bright prospect of a college scholarship. His mother was his guiding light, a guardian angel who nurtured her son's talents and encouraged him to believe in himself. After her untimely death, all hope was lost for Champ Hannen. Over the next decade, his life spiraled into a quagmire of drinking, womanizing, and disintegrating relationships. Champ's father, Cole, is enraged that Champ is romancing a married woman for the entire town to see. He doesn't want his son to drag the good name of the Hannen family through the mud. Upon Cole's death, family members return home to remember the past and hear the reading of the will. Rivalries old and new rise to the surface as the future of the farm comes into ...