Henri Langlois: The Phantom of the Cinémathèque ratings (Movie, 2004) 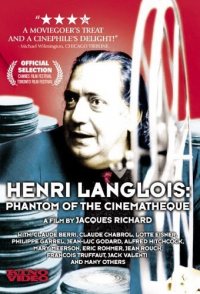 Organized mostly chronologically, the film presents the 40-year career of Henri Langlois (1914-1977), film's first archivist, and the creator of the Cinémathèque Française and Musée du Cinéma. Talking heads, film clips and stills, and archival interviews with Langlois trace his life from 1935, when he starts the Circle of Cinema film club. He begins to buy films, saving many from destruction. During World War II, he finds places to hide them. By mid-1944, the Cinémathèque has 50,000 films. He runs afoul of bureaucrats, but the New Wave comes to his defense. The museum opens in 1972. The film celebrates his philosophy and beliefs, personality and dedication, and his vision.