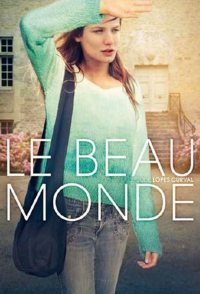 Alice, a twenty-year-old girl of modest origin, lives in Bayeux, a small town in Normandy. She has an unambitious boyfriend, Kevin, and works at the the moment as a salesgirl in a bakeshop. But her passion is fashion and she has a gift for weaving wool. At the tearoom she serves a patron, Agnès, who spots her talent. Determined to help her develop her skills,the wealthy woman encourages the young lady to enroll at the Ecole Duperré in Paris, a prestigious school of Applied Arts. Alice is selected and must now leave Bayeux, her mother, Kevin and her friends for Paris. In the meantime, she has fallen in love with Antoine, Agnès's son, a sensitive young man revolted both against his mother and his bourgeois milieu...