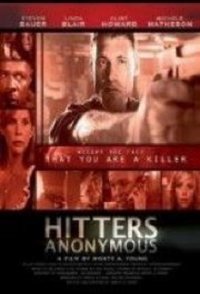 After assassinating a past lover, a government sanctioned Hitman experiences a crisis of conscience. As a result, he joins a support group, "Hitters Anonymous", to help him quit the assassination business. In the group he meets a colorful collection of Hitters also trying to quit for their own bizarre reasons. Pressured to keep killing by his former boss and materialistic wife, both also Hitters, he struggles to follow his conscience and stay with the program. His only supporter is a beautiful ex-prostitute, recovering Hitwoman who forces him to reevaluate his life. Skeptical of the support group from the start, he abruptly discovers Hitters Anonymous is in truth a government sponsored program designed to terminate Hitmen who want out.