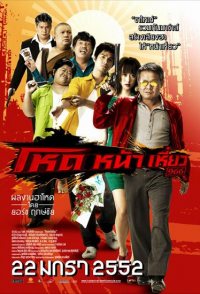 A former mafia boss, Song, gets out of jail and wants to get for revenge on one of his gang members, Tai, who married the woman that he loved twenty years ago. The woman is dead already and a daughter, Thip, was born from the marriage. She is now a young girl in a music group and has problems with her father. The mafia boss and two of his gang look everywhere for Tai. This involves many people including a monk, who lost his way to his temple, Mongkhon, a former Song's gang member, Piek, a local gangster and friend of Tai, and Oe, Thip's boyfriend. Eventually they find out things weren't as they thought.