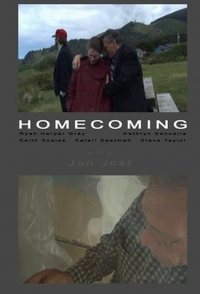 Newport, Oregon. In a coastal town, Jeff and his wife Mattie work together facing the economic shifts. One son Chris, is unemployed; the other, Steve, is away on military service. Chris is lackadaisical and shiftless, Mattie perhaps drinks on the sly and tried to help her son, Jeff keeps his nose to the grind-wheel. Chris is dumped by his girlfriend, Jamie. Jeff scrambles to stay afloat. During a therapy session it is revealed that Chris is Jeff's step-son. Steve returns, but in a "transfer tube". Following his funeral, the family meet; an argument erupts, revealing the depths of the division between Jeff and Chris. In a counseling session Chris breaks down and is comforted by the counselor. Mattie and Jeff, lost in their grief, each lose their way. Chris visits the counsellor at home, and is sexually seduced. Then he visits Jamie, hoping to resume their relationship. She is sympathetic about his brother's death. She refuses him, though, saying she's "doing well by herself". Chris ...