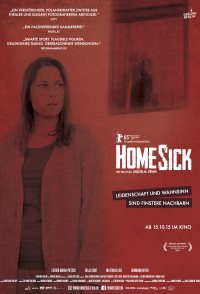 Ambitious cello student Jessica moves into a new flat, together with her boyfriend Lorenz. When she receives the honorable invitation to represent Germany in an international contest for classic music it seems to be her great opportunity - at the same time it means enormous pressure. In her home, Jessica starts to prepare herself meticulously for the contest. However, her own four walls don't seem to give her shelter as Jessica finds herself more and more exposed to small and major anonymous harassments. What is the neighbour's involvement prying mysteriously behind half-closed curtains? Lorenz doesn't notice any of this and therefore finds it hard to believe Jessica's assumptions, which creates conflict between the young couple. The increasing pressure and stress begin to noticeably gnaw on Jessica's everyday life and pretty soon reality and imagination blur. Eventually Jessica finds her life scattered, caused by her own ambition. In the desperate hope to restore her felicity, she ...