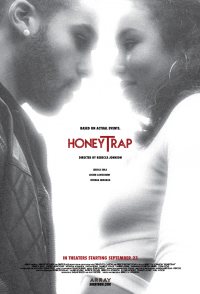 Inspired by true events, it tells a story of fifteen-year-old Layla, who sets up the boy in love with her to be killed. When Troy discards her, Layla is left in ruins. She vows to rebuild herself as a hardened player in order to win him back and Shaun becomes a pawn in her game. Soon the forces she has set in motion are escalating out of control. The first UK urban drama seen from a girl's point of view, HONEYTRAP is authentically local in its setting but universal in its themes of passion, jealousy and revenge. We have not seen a character like Layla take centre-stage before and it's time her story to be told.