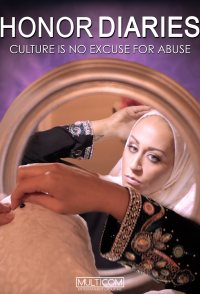 Honor Diaries features nine courageous women's rights advocates with roots in Muslim-majority societies. These women, who have witnessed firsthand the hardships women endure, are profiled in their efforts to affect change, both in their communities and beyond. Freedom of movement, the right to education, forced marriage, and female genital mutilation are some of the systematic abuses explored in depth. The film gives a platform to exclusively female voice and seeks to expose the paralyzing political correctness that prevents many from identifying, understanding and addressing this international human rights disaster. More than a movie, Honor Diaries is a movement meant to inspire viewers to learn more about issues facing women in Muslim-majority societies, and to act for change.