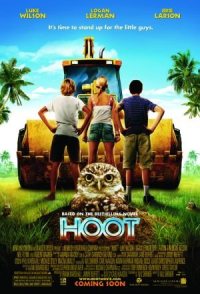 The story of a young man moves from Montana to Florida with his family, where he's compelled to engage in a fight to protect a population of endangered owls, and that a tough girl at his school named Beatrice has some connection with the barefoot boy, who has some connection with vandalism at the construction site. When they realize that a population of endangered burrowing owls is threatened by new construction the kids decide to take on crooked politicians and bumbling cops in the hope of saving their new friends.