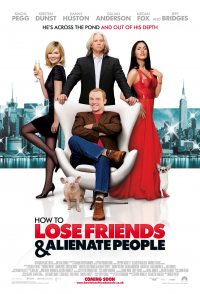 Sidney Young is a disillusioned intellectual who both adores and despises the world of celebrity, fame and glamor. His alternative magazine, "Post Modern Review", pokes fun at the media obsessed stars and bucks trends, and so when Young is offered a job at the diametrically opposed conservative New York based "Sharps" magazine it's something of a shock! It seems "Sharps" editor Clayton Harding is amused by Young's disruption of a post-BAFTA party with a pig posing as Babe. Thus begins Sidney's descent into success - his gradual move from derided outsider to confidante of starlet Sophie Maes. Initially helping him out at Sharps is colleague Alison Olsen, who has her own secret. Wither their friendship?