How We Got the Italian Movie Business Into Trouble: The True ... ratings (Movie, 2004) 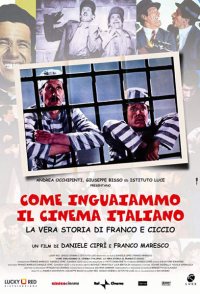 The movie on the career of Franco Franchi and Ciccio Ingrassia, from the debut until the death of both. It's composed of selected passages from movies and varieties, and interviews to directors (Mario Monicelli, Mariano Laurenti, Osvaldo Civirani, Lucio Fulci), actors (Lino Banfi, Lando Buzzanca, Pino Caruso), scriptwriters (Pipolo), singers (Mario Merola, Nino D'Angelo), and to the television presenter Pippo Baudo; beyond to the close relatives of Franco and Ciccio.