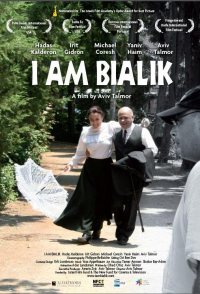 Aviv Talmor, a poet and literature teacher is informed that his father that he has never known, has died, bequeathing him one Israeli Lira (less than one penny). Aviv embarks upon a legal battle over his inheritance, during which he discovers that his grand father was the illegimate son of the Israeli national poet Haim Nahman Bialik. Aviv is excited by the prospect that he could be the great grand son of the legendary poet. Israeli's literary community, however, is shocked by his claim and goes to war with him to clear the national poet's good name. In this film, the poet fights, get injured and bleed, both literally and figuratively. Aviv loses his job and his grasp on reality in an obsessive attempt to prove his bloodline to Bialik. In his mind, he envisions Bialik, Ira Yan, his dead father and additional spirits that continue to haunt him.