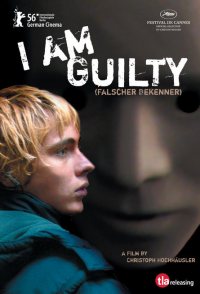 Armin Steeb is adrift: just finished with school, living with his middle-class parents, clueless about finding work. He tries connecting with a girl, he engages in risky sex with strangers in public toilets, he goes to job interviews. He also sends an anonymous letter to a local Munich newspaper, claiming responsibility for a fatal road accident. He fitfully pursues notoriety as he goes through life nearly without affect. What will it take to get Armin to smile?