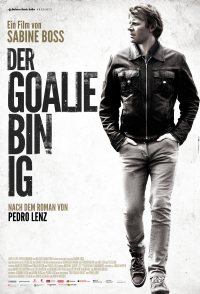 Goalie has just been released from prison after spending a year inside for keeping his mouth shut for his best buddy Ueli. He heads for his hometown of Schummertal, a small town where everyone knows you. He's going to start over, without drugs. Meanwhile, Ueli has gotten ever deeper into drugs, can't understand why Goalie suddenly wants to be a square. Although they've been friends since childhood, everything is different now. Goalie wants a new life but finds his past.