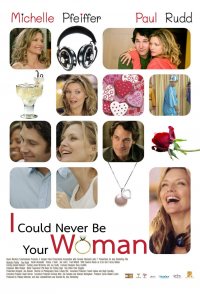 Rosie (40), a divorced mother, produces the has-been TV comedy You Go Girl. Her boss no longer allows the show to tackle any vaguely controversial subjects, so it seems doomed. Then she meets at an audition Adam Perl (29), an attractive, spontaneously funny, single actor. She successfully casts him, which revives the show's ratings. She also dates him, but her pathological insecurity, focused on their age difference, compromises the relationship. That culminates when she suspects him of infidelity with the show's star, and the studio gives those two their own sitcom.