I Dream in Another Language ratings (Movie, 2017) 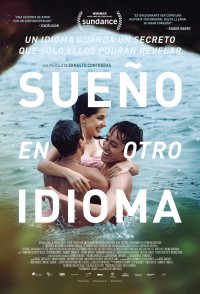 A millenary language agonizes: Its last two speakers, Evaristo and Isauro (70's) had a quarrel 50 years ago and haven't spoken to each other since. Martin, a linguist, will undertake the challenge of bringing the two old friends back together and convince them to talk again in order for him to be able to obtain a record of the language. Yet, hidden in the past, in the core of the jungle, lies a secret hidden in the language that makes it difficult to believe that the heart of Zikril will beat again.