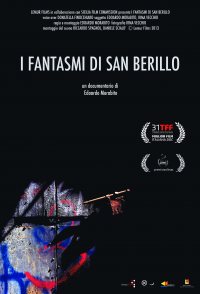 Ghosts from the past and the present inhabit the old neighborhood of San Berillo, in Catania. It is 1958: while brothels are being shut down all over Italy, San Berillo is razed to the ground and its inhabitants are deported to the suburbs. A piece of the neighborhood, however, remains intact and thousands of prostitutes from all over Italy find shelter there, creating one of the biggest red light districts in the Mediterranean. Until 2000, when a police raid forces the neighborhood's inhabitants to abandon their homes once again. "I went to San Berillo to follow the 'underground stories' of those characters with whom you fall in love for their beauty and relentless attachment to life. For their surprising aptitude in reading human beings while also being easily fooled by the most unbelievable promises. For their ability to still have hope, despite everything. For their skill in opening your heart like a child's and then being cruel like only those who have seen the abyss can be. And ...