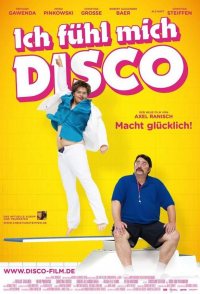 Actually, Florian Herbst is happiest when his dad isn't at home. Then he can dance around the house with his mum, wear crazy costumes and forget all his troubles. And Hanno Herbst doesn't really know what to do with his son, who has two left hands, a much too big belly and is neither interested in sports nor girls. But it's not that bad! There is still mum. With a tender dominance she keeps the family's fragile harmony in check and protects her two men from each other. At least until one terrible morning, when the house of cards collapses and mum vanishes from their lives from one moment to the next. Father and son are left behind, overwhelmed, but gradually learn to cope.