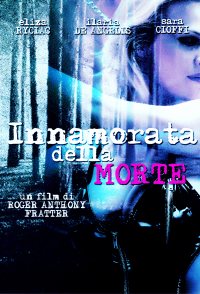 Sarah and Martina are two completely different sisters to physicality and character. They live in a very wealthy family and full of harmony. A major, that is, Martina, is sullen while Sara is sweet and good. Both, if they run a risk, they can feel "telepathically". During a winter festival, still children, have disappeared. After two days find themselves between life and death. Now they are adults; Martina, has become a famous model, and Sarah has a job. Does the makeup artist and to make ends meet can be adapted to make different performances, one of which is to make up the dead in a funeral pumps. One night Sara gets a call from Luke, the boyfriend of Martina because she does not answer the phone, La found in coma and bring to the hospital. Returning to Sara house passes in front of the church and enter. Here it is just over a funeral. Relatives are coming out one by one while the church remained only the coffin with lighted candles. And here Sarah notices a presence, sees a moving ...