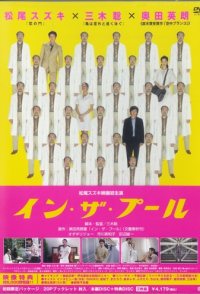 Dr. Irabu is a highly unorthodox specialist in neurology, whose technique may be to act in as forward and confrontational a manner as possible toward everyone, or it may just be that he has no clue what he's doing and is simply insane. He is currently treating two patients: a woman whose obsessive-compulsive behavior is preventing her from holding down a job, and a man unable to make his constant erection go away. A third subject, an office worker obsessed with swimming, isn't yet one of Dr. Irabu's patients, but he's well on the way.