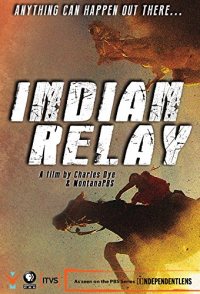 The hope and determination of modern-day American Indian life is revealed in this film about what it takes to win one of the most exciting and perilous forms of horse racing practiced anywhere in the world today. From the bitter cold of winter on the Rocky Mountain Front to the heat and mayhem of the summer's championship races in Montana and Idaho, Indian Relay follows three teams from different American Indian communities as they prepare for and compete in a grueling Indian Relay season - all hearts set on the glory and honor of winning an Indian Relay National Championship.