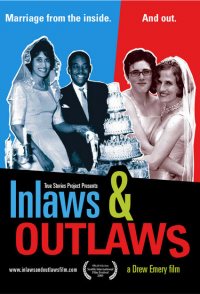 Inlaws & Outlaws cleverly weaves together the true stories of couples and singles - both gay and straight - and all into a collective narrative that's as hilarious as it is heartbreaking. At the top of the film, we meet a variety of storytellers one on one. We don't know who's gay or straight or who's with whom. As their stories unfold and stereotypes fall by the wayside, love conquers all - and we find ourselves rooting for everyone. There's the story of two Mormon women, secretly college sweethearts until one follows the path her parents have chosen for her and marries - with her beloved serving as her bridesmaid. There's the ex-Marine who has no idea what a happy relationship looks like until he stumbles across his future partner one night at a bar. And there's the nice girl from Brooklyn who somehow always picks the guys who don't treat her right - until she finds and marries a fellow almost too good to be true. With remarkable honesty, good humor, great music and real heart, ... 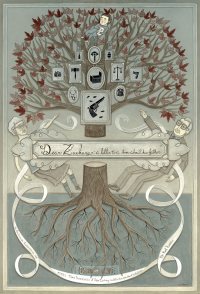