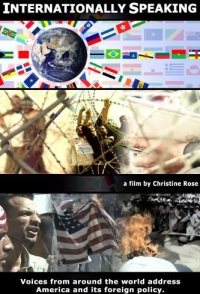 Voices from around the world address America and its foreign policy. Seen as individuals rather than cultural stereotypes, people from all over the world share their opinion of America, its government, its foreign policy, and its people. In the midst of growing international "Anti-Americanism," real people tell Americans what they think and why in an attempt to further understanding and compassion. The United States of America is the world's only current Super Power. Some say we're benevolent. However, with growing Anti-Americanism around the world, we must ask ourselves: 'Are we really a Benevolent Empire?' Citizens of the US live in a media bubble. Unless one actively seeks out foreign and/or alternative news, we have no idea what is happening in the rest of the world. We don't know how the world population views us or our government - all we get is the vague "They hate our freedoms" from President Bush. Is it our freedoms that they hate or our foreign policy? Renowned historian ...