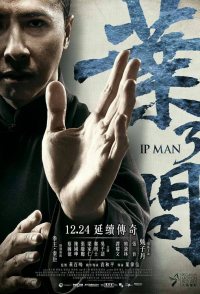 The year is 1959, where Ip Man lives in Hong Kong with his wife and his younger son. Trouble arises when a corrupt property developer and his thugs terrorize the school where Ip Man's son goes to. Ip Man and his disciples have to help the police guard the school day and night. On the other hand, Ip Man has to deal with his wife's terminal sickness, and at the same time faces a challenge from another Wing Chun fighter who ambitiously seeks to claim the Wing Chun Grandmaster title.