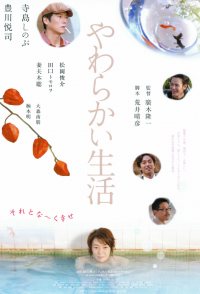 Yuko is 35 years old, single, out of work, and on medication from her psychiatrist to combat her manic depression. Living in Kamata Town, Yuko divides her time between a variety of men friends, each with his own peculiarities. Her university classmate, Homma, suffers from impotence. "K", whom she meets on the net, is a self-confessed pervert. Then, there is a young gangster, Yasuda, who is a fellow manic depressive. Her cousin, Shoichi, is also on the scene, having left his family to pursue his mistress, only to be given the cold shoulder by her, too. Yuko seems to create a different persona depending on whom she is talking to at the time. Human contact is just as important for her as for anyone else, but sometimes her condition makes it difficult for others to relate to her for as long as she would like.