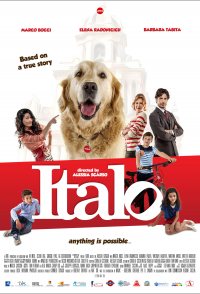 Based on a true story, ITALO vividly depicts the life-altering friendship between an extraordinary dog and a lonely child. One day, a good natured stray dog by the name of Italo, wanders into the small Sicilian town of Scicli. But Italo's arrival causes a terrible uproar in the village, everyone there is fiercely opposed to having stray dogs around. Everyone... except Meno, a precociously wise 10 year-old, who is as lonely and introverted as can be. Since his mother passed away Meno has shut everyone out, including his workaholic father. It will take all the unconditional love a special dog like Italo can give to force Meno out of his shell, leading him into a series of adventures that will teach him the difference between acting like a grown up and actually becoming one.