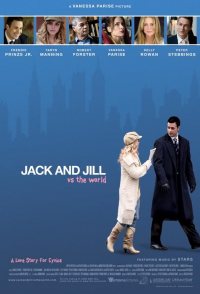 In Manhattan, the successful executive Jack is a methodical and controlled man with simple habits that works in an advertisement agency with his coworker George. While smoking a cigarette on the roof of the building of the agency, Jack meets the aspirant actress Jill that has just arrived in New York and is seeking a job. He sympathizes with her situation and gives her name to a Klubendorf commercial in the campaign promoted by his agency. When he takes Jill home, he finds that she lives in a very low-budget hotel and out of the blue, he invites her to stay in the guest room of his fancy apartment for a while. Jill changes the behavior of Jack that becomes happier, and proposes Jack to write together a manifesto where the first rule is "be honest". However, she omits to Jack that she is sick with cystic fibrosis and she would have only a couple of years more. When Jack discovers that Jill is ill, he feels betrayed with her violation of their first rules, and they split. But Jack is ...