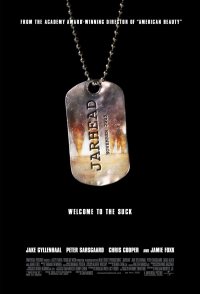 Anthony "Swoff" Swofford, a Camus-reading kid from Sacramento, enlists in the Marines in the late 1980s. He malingers during boot camp, but makes it through as a sniper, paired with the usually-reliable Troy. The Gulf War breaks out, and his unit goes to Saudi Arabia for Desert Shield. After 175 days of boredom, adrenaline, heat, worry about his girlfriend finding someone else, losing it and nearly killing a mate, demotion, latrine cleaning, faulty gas masks, and desert football, Desert Storm begins. In less than five days, it's over, but not before Swoff sees burned bodies, flaming oil derricks, an oil-drenched horse, and maybe a chance at killing. Where does all the testosterone go?