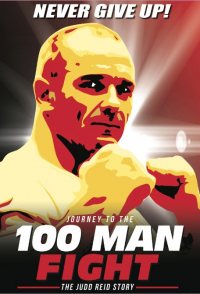 In mid 2011, Judd Reid was invited by the World Kumite Organization (WKO) to attempt the 100 Man Kumite. The 100 Man Kumite is an intimate event steeped in tradition where a person attempts to fight 100 black belts consecutively taking almost 3.5 hours to complete. Very few people have ever attempted, let alone completed what must be the toughest mental and physical challenge in the world. Journey to the 100 Man Fight tells Judd's incredible story of life long dedication to martial arts and and his attempt at the 100 Man Kumite. It follows his training as he explains what lead him to decide to undertake such a difficult challenge. There are interviews with his teachers, colleagues, family, friends and training partners who paint a picture of just who Judd is. How did a fresh faced kid from Melbourne, Australia end up living in Japan in his formative years training under his idol. How does Judd live, what are his inspirations and motivations and what is the real meaning of what he is ...