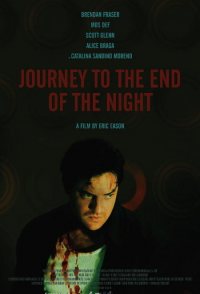 In a dark and decadent area of São Paulo, the exiled Americans Sinatra and his son Paul own a brothel. Paul is a compulsive gambler addicted in cocaine and his father is married with the former prostitute Angie, and they have a little son. When a client is killed by his wife in their establishment, they find a suitcase with drugs. In the night that they have scheduled a negotiation with African buyers, their African liaison dies while having sex with the travesty Nazda. Sinatra proposes to the Nigerian dishwasher of the brothel, Wemba, to travel to the harbor of Santos, close the business with the drug dealers and in return he would receive a large amount. Wemba accepts but while returning to his car in the harbor, he is attacked by two smalltime thieves and passes out. His lack of contact with Sinatra and Paul leads to a sequence of misunderstandings with a tragic end.