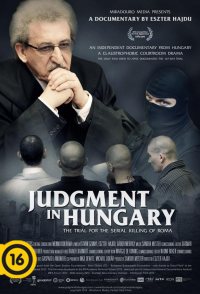 Hungary was the site of serial murders on ethnic basis. Over the course of one year, the murderers killed and seriously injured Roma children and adults. The state charged 4 men with committing the crime with racial motivation. This historical trial started March, 2011, and ended August, 2013 in Budapest. The 167 days of hearings was only documented continuously by our crew. We had exclusive permission to use multiple cameras in the court-room. The film is a classical chamber-drama, taking place in a small, claustrophobic court room, in the middle of Europe. What will be the outcome of the marathon, 3 year-long trial?