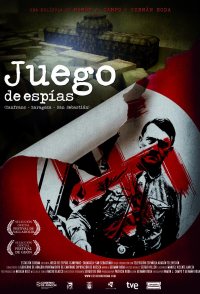 In 1940, the World is immersed in the II World War, and Spain suffers a severe postwar. In this context, the British Consulate in San Sebastian hosts a spy network formed by Basque, Aragonese and French reporting on German troop movements and the passage of goods. Established a weekly connection between Canfranc, Saragossa and San Sebastian. Using information from this network of spies helped defeat Nazi Germany. The spies involved in the events explain us their history.