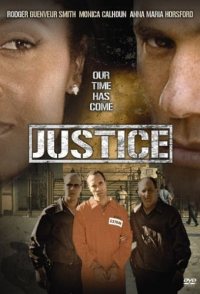 Under pressure to accept a plea bargain resisted by a street-wise client, public defender Carter stands by his client, angering the judge, then his boss. At home, Carter's wife Sharice, a socialite who grew up in the suburbs, chafes at the financial and personal strain of raising two young children in the inner city. Sharice pushes Carter to use her uncle's connections to get a job in a fancy downtown law firm. Carter agrees to leave the defender's office for a new job, though not to join a fancy law firm. Instead, following his conscience, he opens a law office in the inner city to fight against a criminal justice system that prizes efficiency over real justice. When Carter and his team of lawyers and activists launch a controversial direct action campaign targeting the court system, Sharice must decide whether to stay with her husband or take their two young children to the suburbs. Carter struggles to keep his family together, expand the direct action campaign, and survive a ...