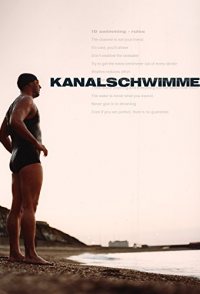 The English Channel is the most frequented waterway of the world. Each day more than 500 ships cross its 33 kilometers. And the there are a handful of people who consider the Channel their own personal Mount Everest. Once a year this group of men and women meet at the Dover harbor, awaiting the best moment to swim the Channel. And come to think of it: More people have managed to reach the peak of Mount Everest than swimmers have reached the French side of the Channel. Out of 6,000 attempts just 500 have succeeded. In 1994 Chad Hundeby set the record in a time of 7 hours and 17 minutes. Christoph Wandratsch is the leading German long distance swimmer. In 2003 he set out to break Hundeby's record. The film accompanies him and two other protagonists on their long fight against manifold obstacles. Coated in grease to keep warm, they struggle with the unpredictable tides, and minor problems such as huge layers of seaweed and jelly fish floating through the water. Channel Swimmer is a ...