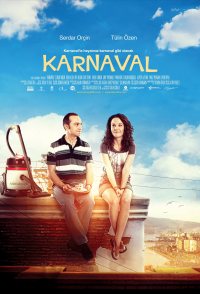 36-year-old Alis starts living in his car after his father kicks him out of the house. He shaves on the street, eats the food his mother brings over to his car, and applies to job adverts that his mother marks in the newspaper for him. After a series of rejections, he finds himself working door-to-door marketing Karnaval brand carpet cleaners. An unusual bond forms between Alis and "Karnaval". Karnaval even moves in with Alis occupying the front seat of his car. In this new adventure of his, Alis meets a wedding cake-maker named Demet. She lives with her father ever since her mother's death, and dreams of hopping on her motorbike and moving to Istanbul where she would open up a bakery shop.

The Place Beyond the Pines
Total votes: 241,747
Average rating: 7.3
Switch to mobile version